Detecting the velocity of vehicles and objects is often needed for research and data collection purposes or for setting speed limits on roads and highways to avoid accidents. For such tasks, a reliable solution that wirelessly measures the speed of a fast-moving object can be developed, which uses the Doppler effect. It relates to the change in a wave’s frequency and wavelength caused by the varying distance between the wave generation/transmission from an object (source) and reception/sensing of that wave (watcher or observer). 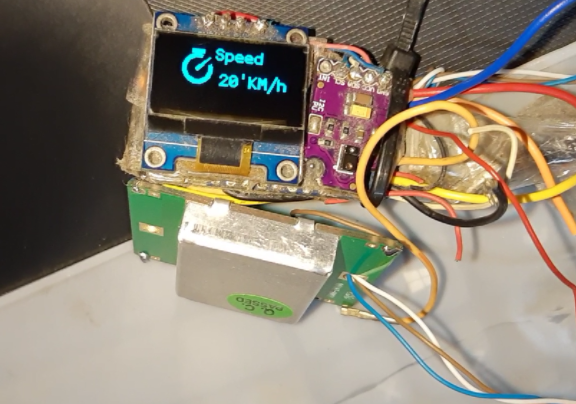 So in today’s project, you will learn to create a Doppler effect-based smart radar system for measuring velocity with the help of the transmission and reception of microwave signals.

First, install the AnalogFrequency library for measuring the frequency pulse and detecting the signal waves (this will later convert into the object speed). Then, install the U8g2 library for the interfacing of the OLED display module to display text icons.

After installing the frequency library, include it in the code and then define the pin numbers for the radar sensor. Now in the setup function, add the code for the serial port having a baud rate of 9600.

Next, create a loop, which will update the wave frequency according to the Doppler effect, convert it into the speed of the moving object and send its value to the serial port. The frequency to speed conversion is done using the given formulas:

After converting the frequency into speed, write the code (shown below) to display the values on the OLED screen.

Connect the HB 100 microwave radar to Arduino according to the connection diagram.

Congrats!! You have made a Doppler effect-based smart radar system that not only detects humans and other objects, but also measures their speed in real-time.

The Science Of Fundraising For Electronics Startups