CEA-Leti has reported the world’s-first demonstration of 16-kbit ferroelectric random-access memory (FeRAM) arrays at the 130nm node that advances this energy-saving technology closer to commercialization. The breakthrough includes back-end-of-line (BEOL) integration of TiN/HfO2:Si/TiN ferroelectric capacitors as small as 0.16 µm², and solder reflow compatibility for the first time for this type of memory. 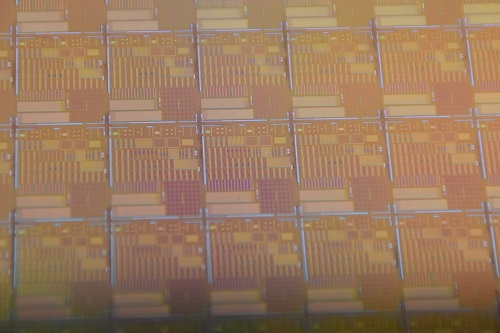 The highly versatile technology is expected to be interesting for embedded applications such as Internet of Things (IoT) devices and wearables.

Since ferroelectricity was first discovered in HfO2-based films a decade ago, much of the ferroelectric memory research that has been published has focused on the materials themselves or on large-area, single-device performance.

In the CEA-Leti work, the team observed zero bit failure at the array level, with the memory window fully open down to 2.5 V programming voltage, and ultrafast switching speed down to four nanoseconds. Array-level endurance was also promising at up to 10 million cycles, as was array-level data retention at 125 °C for 104s (three hours).

The work was supported by the EU’s 3eFERRO Consortium project that was designed to produce new ferroelectric material Hf(Zr)O2 that makes FeRAM a competitive NVM candidate for IoT applications.